Mapping behavioral actions to neural activity is a fundamental goal of neuroscience. As our ability to record large neural and behavioral data increases, there is growing interest in modeling neural dynamics during adaptive behaviors to probe neural representations. In particular, neural latent embeddings can reveal underlying correlates of behavior, yet, we lack non-linear techniques that can explicitly and flexibly leverage joint behavior and neural data. Here, we fill this gap with a novel method, CEBRA, that jointly uses behavioral and neural data in a hypothesis- or discovery-driven manner to produce consistent, high-performance latent spaces. We validate its accuracy and demonstrate our tool's utility for both calcium and electrophysiology datasets, across sensory and motor tasks, and in simple or complex behaviors across species. It allows for single and multi-session datasets to be leveraged for hypothesis testing or can be used label-free. Lastly, we show that CEBRA can be used for the mapping of space, uncovering complex kinematic features, and rapid, high-accuracy decoding of natural movies from visual cortex. 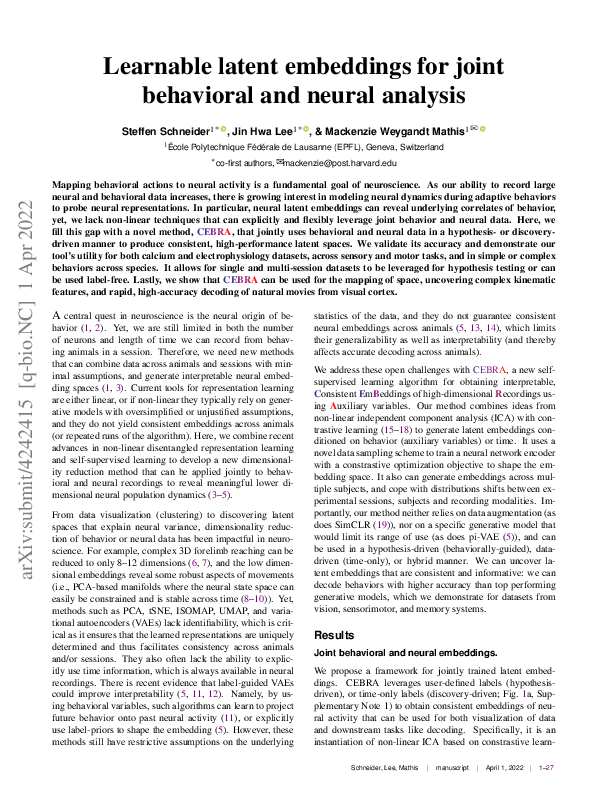 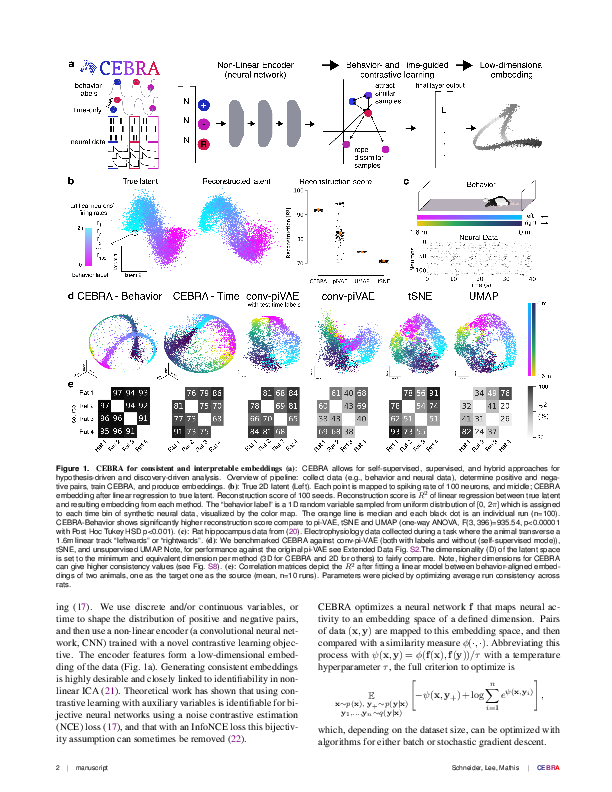 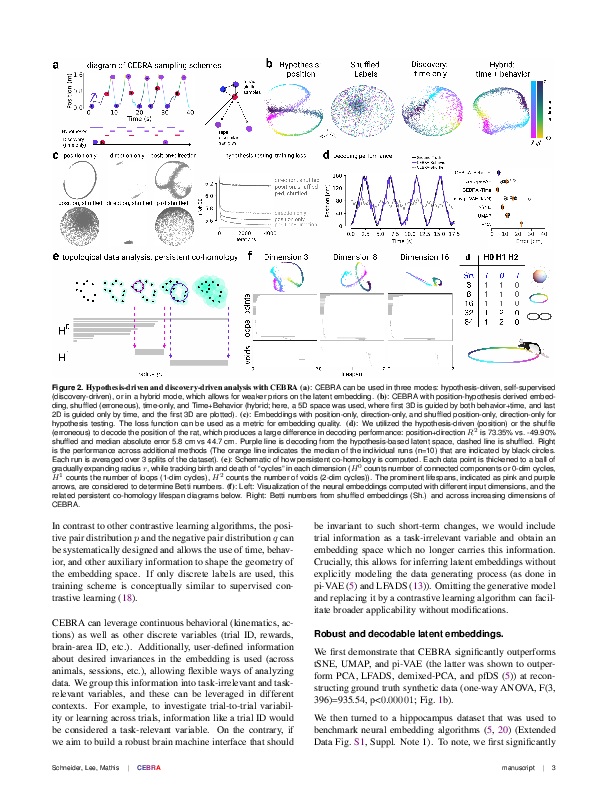 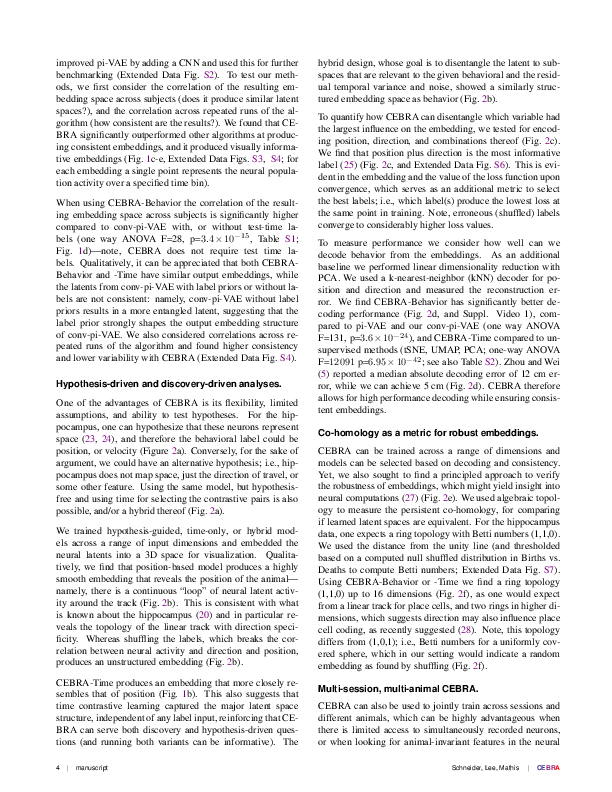 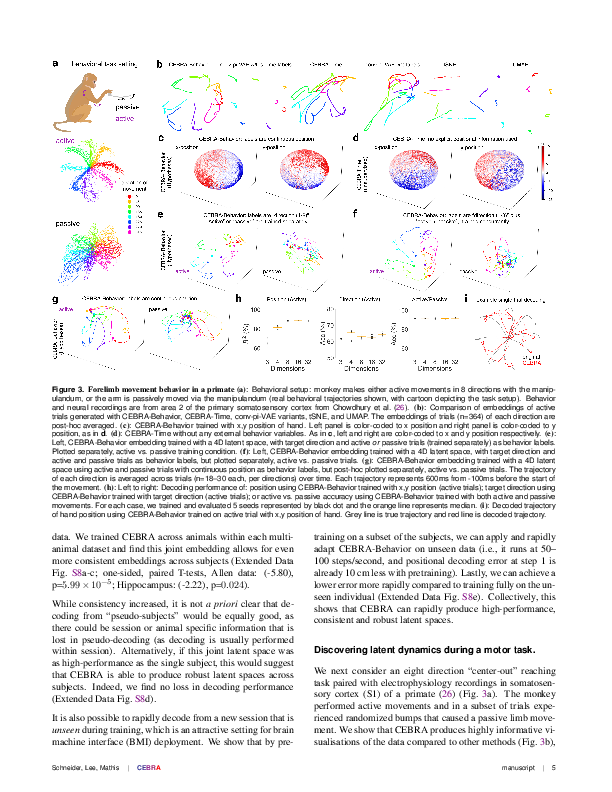 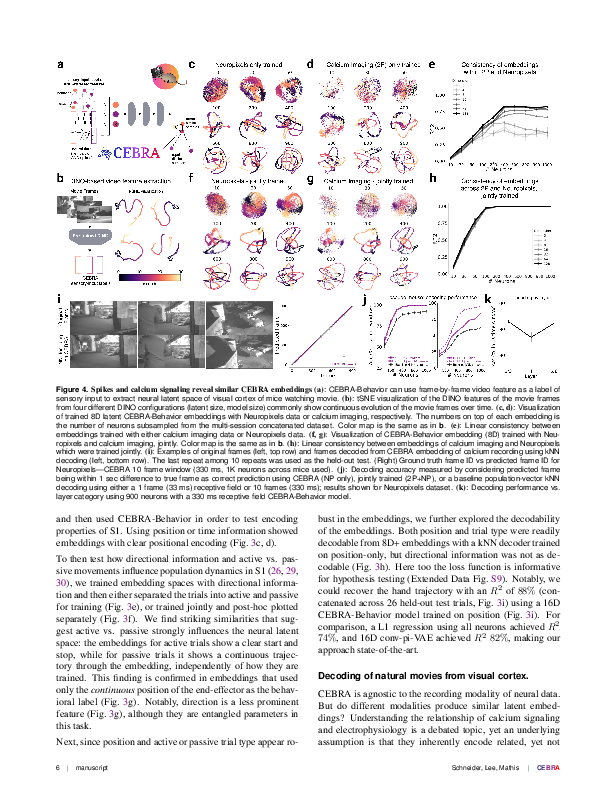 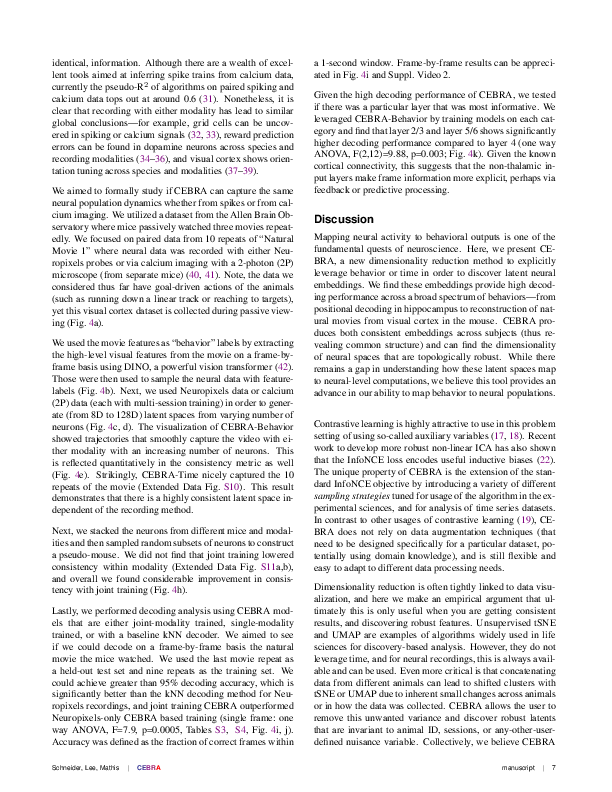 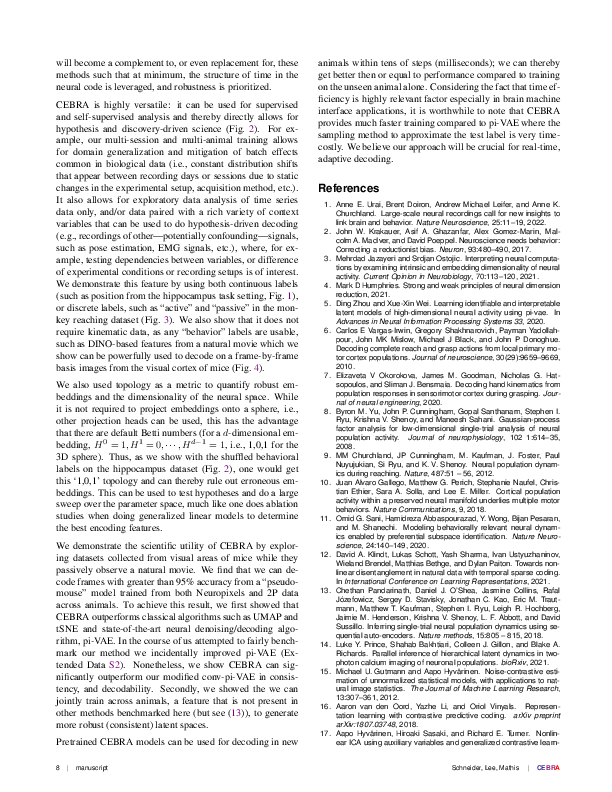 Our official implementation of the CEBRA algorithm will be released on GitHub upon publication of the paper. Watch and Star the repository to be notified of updates and code release dates. You can also follow us on Twitter or subscribe to our mailing list for updates on the project and release timeline.

Please cite our pre-print as follows: